African Queer & Trans Displacements is a two-day conference bringing together scholars, policymakers, practitioners, advocates and activists working on the forced or voluntary migration of lesbian, gay, bisexual, transgender, queer and intersex (LGBTQI+) Africans. The intersection of sexuality, gender and displacement remains understudied, especially in Global South contexts, despite the fact that the vast majority of the world’s queer migrants, refugees and asylum seekers live in these countries. At the same time, the social, legal, political and economic needs of LGBTQI+ migrants, refugees and asylum seekers remain overlooked by both queer rights movements and migrant/refugee rights movements, resulting in inadequate support services and poorly developed policies. This conference aims to foster dialogue across these divides, while also providing space to engage with migration scholarship centred on Africa and its peoples.

Existing scholarship tends to elide the cultural, linguistic and social differences of LGBTQI+ individuals seeking asylum, homogenising disparate experiences and backgrounds under the broad category of ‘queer asylum seeker’. Countries of birth are largely presented as inconsequential, or as narrative elements rather than critical considerations. This provides little clarity of the specificities of leaving any one place, and even less of an understanding about the relationship between places left behind and those where asylum is sought. At the same time, queer and trans Africans in the diaspora are projecting new identity formations and signifying practices back towards the continent. To this end, this conference recognises that there is no single story of African queer and trans displacement. Rather, there are specificities of experience that emerge when migration and asylum interact with different political, discursive, ideological and ontological formations linked to gender and sexuality. By curating this conference according to its geographical focus, rather than emphasising thematic or disciplinary links, we hope to spotlight the lived realities of migration and diaspora as they relate to queer and trans Africans.

This is the first conference to focus specifically on the movements of queer and trans Africans. We invite paper abstracts and panel proposals from scholars working in all disciplines, as well as from policymakers, practitioners, activists and others working in this field. Please send 250-word abstracts or 400-word panel proposals to almresearchnet@gmail.com by the 1 May 2022.

African Queer & Trans Displacements is hosted by the African Centre for Migration and Society (University of the Witwatersrand) and the Centre of African Studies (University of Edinburgh). The conference will be held in person in Johannesburg, South Africa, on 1–2 December 2022 (keynote addresses will be live-streamed).

No registration fees will apply, though delegates are responsible for their own transport and accommodation. Three bursaries covering travel and accommodation are available. If applying for a bursary, please include a one-page motivation letter along with your abstract.

Enquiries and abstract submissions should be forwarded to almnresearchnet@gmail.com. 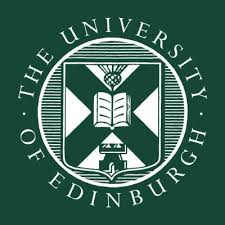 This conference is generously supported by the British Academy and the South African National Research Foundation.